THE ACTIVITIES OF THE ETHICS COMMITTEE OF THE TURKISH MEDICAL ASSOCIATION

THE ACTIVITIES OF THE ETHICS COMMITTEE OF THE TURKISH MEDICAL ASSOCIATION

One of the recent initiatives in Turkey is the founding of an Ethics Committee of the Turkish Medical Association(ECTMA). The composition of it has a multidisciplinary approach, the members of the committee are academicians from different fields like Medicine, Dentistry, Nursing, Philosophy, Medical Sociology/Anthropology, Forensic Medicine and Law interested in 'health and ethics'. There is no administrative personnel in the committee.

The first meeting of ECTMA is in February 1994. Meeting periodicity is twice a month. These are closed to the public but press announcements have been made. The committee strives for concensus and has produced ten reports during its activity period.

1-to develop solutions to the medical ethics problems on specified issues, especially proposed by the Turkish Medical Association(TMA).

2-to undertake the education of the central council of TMA and the other physicians' chamber,

The topics which ECTMA has investigated and produced a document are

1-View of ECTMA on the draft law for amendments in the Law on the Procurement, Preservation, Grafting and Transplantation of Organs and Tissues.

2-The Regulations on Organ Transplantation Centers in Turkey.

4-A report on the draft of European Bioethics Convention.

5-View of ECTMA on the examinations of hymen.

6-The approach of ECTMA on the use of medical techniques for sex determination.

9-View of ECTMA on patient rights in medical research.

10-The application of electro-convulsive therapy to psychiatric patients in the light of ethics.

Between 25th and 26th April in 1996 ECTMA organized a course on medical ethics for physicians together with the Biothics Society of Turkey. It was an important stage in realizing the second aim of the committee. Currently, ECTMA is interested in 'the ethical problems about prisoners in the light of patient rights'.

Finally, and as one of the secretaries of the Committee, I want to summarize here the sixth document of ECTMA which is about sex determination.

The Approach of ECTMA on the Use of Medical Techniques for Sex Determination.

'Gender is an important factor to maintain the presence of the human being and the continuity of the somatic and emotional features in nature. Sexual separation is a result of some hormonal procedures and depends on some physiologic and functional characteristics. As generally accepted, the full participation and partnership of both women and men is required in productive and reproductive life. National and international organizations have a great effort to prevent gender discrimination.

This era is a knowledge and communication one. Everyday we are confronting new knowledge and very new techniques which it depends on. Genetic engineering, life support systems, reproduction techniques, prenatal diagnosis.... all of them are the dreams of yesterday and these were only acceptable like a science fiction movie, but today all of them are 'real' forms of medical practice.

Hope and suspicion. These are two key concepts which accompanied scientific curiosity. Early diagnosis of diseases and treatments and also eradication of them are possible through use new medical technology and this make it possible to hope to provide the happiness and welfare of human beings. But on the other hand, there will always be suspicion. Because when we had targeted to reach better, we couldn't realize appearing issues. Sometimes humanity lost his position as a purpose in front of the new technology and changed to a consumer. That dichotomy must be always remembered in the genetic area as in the others.

The theme of sexual selection is also a subject which needed to be awakened especially in developing countries. In most regions of the world, women receive less formal education than men and are also facing threats to their lives and health as a result of being overburdened at many levels of society. In a number of countries, espeically in Asia.

Discrimination on the basis of sex begins at the earliest stages of life and 'son preference' is curtailing the access of girl children to food, education and health care.

In the whole societies in which the status of women is lower than men, the medical technology which offers sex determination can be accepted as a good marketing tool.

ECTMA does not approve the application of sex selection methods which not do depend on medical indications and only serve the aim of gender discrimination. The rationals of this approach can be summarized as follows

*This application mainly originates on the concept of gender discrimination.

*The demands of the sexual selection depends on the poor level of the status of women. This application will increase this sexual preference and harden this negative situation.

*Gender is not a disease and the baby is not a commercial product of which we can determine some features like sex.

*Using prenatal diagnosis to select sex could lead to a 'slippery slope' toward selection on esthetic groundssuch as eye, hair, skin colour and other phenotypic features.

*In the future, if sex selection is cheaper and easier... the natural balance between sexes may be changed.

*Prenatal diagnosis for this purpose can be accepted as a misuse of costly and scarce medical resources in Turkey.

As a result of the historical, cultural and economic factors the sexual preference of society in Turkey is for sons. Because of this preference some sex selection firms arose as is common for all developing countries. The method followed by these firms in sex selection is sperm separation. Statements by the owner of such a firm and his use of procedures without permission prompted new legal and ethical considerations. After the commercial advertisements of these firms started some non governmental organizations such as the Turkish Genetic Society and ECTMA, have led to discuss this procedure in the light of ethics and as a result of this effort the Higher Council of Health prohibited this application in the absence of X-Linked diseases in January 1995.

Arda B. The Ethics Committee of the Turkish Medical Association. Eubios Journal of Asian and International Bioethics 5, 156, November 1995. 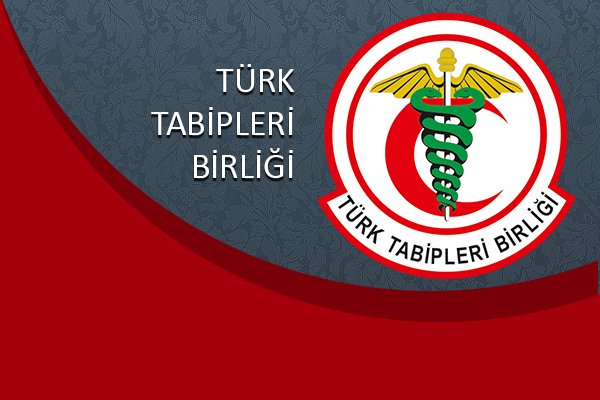